Our literature teacher speaks about the Distance Learning programme 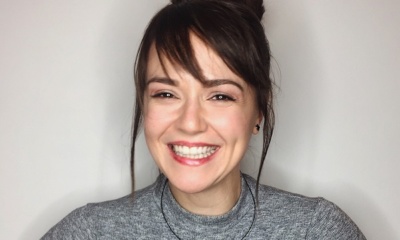 We spoke to Veronica Kazimirchik, who teaches literature as part of our Distance Learning programme. The programme has been set up by the Step Up Orphan Opportunity Centre and the charitable foundation “Volunteers helping orphans”. She spoke about her work, her relationship with students, and her thoughts and vision.

Everyone I have worked with as part of this project has had a poor command of the Russian language. We started with the very basics: the alphabet, speaking, then moving from speaking to grammar. This allowed us to be systematic. The easiest things, that I thought all children learn at school, were unknown to students from orphanages – for example, how to check a word.

Universities do not teach us how to teach students from institutions. Therefore, for a long time, I tried to build a convenient and efficient process for myself and the students. I tried to work in different ways, and as a result, I did not follow the usual programme for the various classes, which is a six-year planned programme – but I needed to give the lessons over two years.

I decided it would be most effective to study a writer and go on from there.

If we study a writer, then we immediately talk about all of the writer’s works and read them accordingly. For example, Turgenev. We would not begin with Mumu and then move onto Fathers and Sons in a year. Instead, we read all together in a block: first Mumu, then A Sportsman’s Sketches, Asya and Fathers and Sons. We talk about creativity; we study new terms and words in parallel. I have noticed that teenagers better absorb information in this way – it is not scattered in their brain and they do not forget who wrote what and what they wrote about.

I try to use different types of work to develop skills. For example, I ask students to take notes. Writing engages the brain and many cognitive functions are involved; it is bad that children are ceasing to write now. I make sure students keep a dictionary of literary terms. Each lesson we repeat something from the last; we write essays, learn short poems and watch movies about books.

I often ask students to work independently. We read aloud for at least ten minutes per lesson and homework is imperative so students do not relax.

I try to raise the bar in setting tasks, reassuring students they can do it. I treat them like adults and sometimes, in praise of good results, I will not set homework.

When I am proud of my students, I always tell them.

My favourite students in the programme were Kristina and Nastya from Zaprudny. We worked together for two years and much has happened. The two girls went through classes together – it was like running together, as one helped the other along. They became good friends, though they did not know each other beforehand. They always came to lessons as they were interested in learning new things. They treated homework as they should and carried out every task; they read everything. Sometimes I adapted the programme – giving a film instead of a book, for example, or giving a retelling of a long novel.

As a result, in the literature classes, we went through the fourth, fifth, sixth and seventh-year syllabuses and even made our way through some of the eighth and ninth-year work in two years. We had four lessons a week, which is a great load for students who did not even read books in the orphanage.

As well as studying, our work entails a lot of personal interaction. The girls and I discussed a lot and learned to build personal space. If there was a conflict or if I told Kristina she had done something wrong, at first she would get angry and ask: “Why is it wrong? I think it’s right!” She was angry at everything; she would be silent and ignore or deny others’ opinions. Over time we learned to overcome these moments by talking for a long time. I said that I, too, was angry at school and during lessons I felt I was treated unfairly and that the world was so complicated. In the end, Kristina began to open up and show her emotions.

A year ago, another student came to me – Olya. She was a student from a correctional institution and had graduated from Zaprudnensky college, specialising in painting. She lived with her partner. She is disciplined, educated and really wanted to study – she wanted to get her schooling certificate. She had a huge desire to learn new things and paid attention to what I told her.

During classes, her partner was present in the room and seemed to spitefully play music. When he wasn’t there, I asked whether she was comfortable with him playing videos so loudly and she answered no. I asked: “Why don’t you tell him about it?”

The young man did now work, but Olya would defend him all the time, saying he was about to start working. In response, I tried to tell her how I live: I have a husband and he works more than me, but it’s good that we are both working. I tried to gently help her build boundaries. She told her about her situation in life and we thought about how she could adapt to her situation. Knowledge is boring, but it is inevitable and you can acquire it in different ways to make it interesting.

I always tell my students that I’m sure anyone can achieve what they have planned to achieve. And students begin to realise that someone believes in them.

Over time, my students have softened, they have become more inquisitive and open to learning about the world. They feel less trapped. They have learned that all people go to work, do not call each other stupid and they live in a more pleasant, hospitable world now. You can see how a person learns and how their brain works – you can see their mind through their eyes. And you can see a teenager beginning to live the life that they should have been living from the very start.