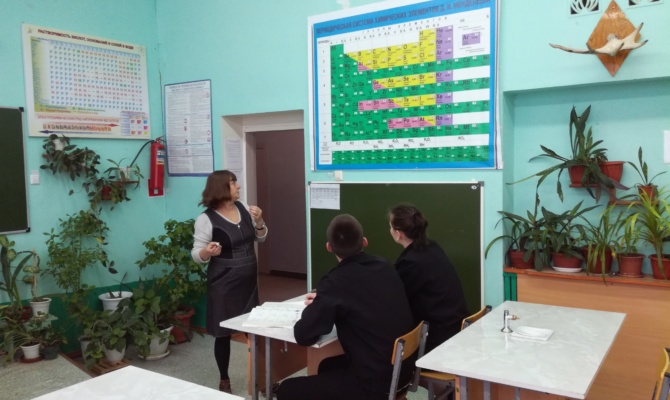 For the fourth year, as part of our Distance Learning programme, we are organising tutoring at the Belogornoye institution in the Saratov region. This is a joint project by the Step Up Orphan Opportunity Centre and the charitable foundation “Volunteers helping orphans”. We pay for additional lessons for students living in institutions – that is, for the more promising students and those encountering difficulties.

Employees say that most students end up in institutions at the end of their eighth year. This is when puberty begins and adolescents from troubled families leave home. They no longer attend school and attract the attention of law enforcement agencies. Eventually, they end up in an institution.

This year, new children with a difficult fate joined Belogornoye in the Saratov region for their ninth academic year. Some of them had never attended school before. For example, Kristina had never been to school regularly, and last year, before starting at this institution, she was not studying at all: she was on the run, and then in a shelter. Alexandra’s story is similar. Both girls have enormous gaps in their primary school knowledge and last year they were not allowed to take their state examinations.

In order to give them and other students a chance, we provide additional classes in core subjects as part of our Distance Learning programme. With a tutor, students can grasp basic counting and multiplication without feeling ashamed that they do not know these skills in their ninth school year.

An important element of a teacher’s work is to help students overcome their fear about their own lack of knowledge and inability to understand a subject. Ramil is very capable and quickly finds common ground with others. He is talkative and can talk for hours. He is sharp and energetic; if you ask him for help outside of his studies, he will always help. He forgets any insults very quickly.

During classes, we learnt addition, subtraction, multiplication and division. Some might wonder if he’s really in his ninth year – but he is.

Based on our month of classes, I am sure that by the end of the year, through hard work, we will be able to succeed in our difficult task “satisfactorily”.

When he learned his four mathematical functions, he said: “I can now get a job”. I was surprised and asked why, and he answered: “I can now calculate my salary”, and rejoiced like a child!

The most memorable case from the first half of the year was that Olesya refused to study geometry and that, instead, she would complete eight algebra exercises, which would be enough.

I agreed that geometry wasn’t for her and we began to solve problems using squared paper to find the area of a shape (she thought to count the cells). In just a few lessons we studied almost the whole “plane geometry” section of the geometry syllabus.

When I told her we could then proceed to finding volumes, she guessed that this whole time she had been solving geometry problems herself. Sergei knew and solved the same problems but did not say a word (we had spoken about that to him). Everyone laughed about it together and Olesya was pleased with herself – her fear of geometry had been overcome.

Yuri entered the institution recently, and is now going through a difficult period of adaptation. Despite this, he always attends classes and persistently acquires new knowledge. In two months, he learned five of thirteen test topics almost without any mistakes. He learned to write concisely, using text compression techniques, despite the fact his literacy competency is quite low.

The goal of our classes is to improve literacy and write with correct punctuation, as well as to prepare successfully for the state exams. Kristina is from a troubled family and she has not studied regularly at school. Before starting at Belgornoye, she was not studying at all. The year before coming here, she was on the run, and then in a shelter. It is clear that she was not attending classes regularly, so there are many gaps in her knowledge. This is her second attempt in the ninth year, and she has not showed much desire to study here.

The school’s administration set out a condition that Kristina would apply herself, study and, if she successfully passes her state examinations, she may leave the school. If not, she will remain here – such was the motivation behind working towards passing the state exams successfully.

That is not to say that her eyes lit up in class, but she was persuaded to attend class regularly and to do all tasks that were set.

As the oral interview for admission to the state examination approached, we moved onto classes preparing for the interview. At the interview, four aspects of speaking are checked: reading a text aloud, retelling its story, giving a speech on a selected topic and, finally, discussing a selected topic. Unfortunately, it became clear that Kristina does not have a reading technique: her pace is slow; there are no pauses and logical stresses to convey the author’s intention; there is no intonation for questions or to add emotion to a voice; diction is poor; pronunciation is unclear.

Working on G.T. Egorayeva’s collection, “Final Russian language interview 2019”, students read the same text multiple times until their reading was perfect. Then, they retold the story several times until their retelling met the requirements. They also worked on the two other aspects of the interview. Little by little, the situation is being rectified. The result thus far may not be excellent, but I believe the final score will be.

This girl is sociable and with the correct attitude she can be responsive, so we hope for success.

Alexandra’s story is similar to Kristina’s. She also attended educational institutions irregularly; she was on the run and in shelters and was not allowed to participate in last year’s state examination. She does not show much desire in class. Before each lesson, we have to carry out a kind of psychological training on the need for studying and obtaining a certificate of basic education. Alexandra joined us in September 2018. At the beginning of our classes, we carried out a diagnostic test whereby we identified weaknesses in Alexandra’s knowledge and skills. When asked: “Where might one see still water?” Alexandra replied: “On the shore, when you stand by the river”.

There are many gaps in her knowledge and her memory is poorly developed. She cannot add or subtract from 0-20 in her head, but only with a ruler or by drawing lines. She does not know the multiplication table and further individual work is required.

At the start of a class he takes a lot of persuading and during tests on new topics, he writes answers very reluctantly. When he performs similar tasks, he tries to do so quickly so that he can finish. His knowledge of multiplication and addition from 0-20 is poor – he can do it, but he is lazy.

If Yuri changes his attitude to classes and prepares for the state examinations conscientiously, he will be able to pass the exam with a grade 3.

Once, during a lesson, Yuri himself suggested he would carry out the next task independently and without any mistakes so that he could finish. However, the miracle did not occur and he had to complete four more exercises aloud. Over the last year of lessons, of course, we have made significant progress. Anna passed the state examination with a grade 3. At the same time, at the beginning of last year, she could not perform a single task independently, and her reading technique was very poor (children in primary school read at a higher level); sometimes she did not understand what she was reading about. How can one complete a task if one does not understand what is being asked? We gradually succeeded in eliminating this problem.

This year, Anna began to attend classes and pleasure, persistence and a desire to gain knowledge appeared in her work. Her reading has improved, though is not yet at the level of a tenth-year student.

In two months, we managed to achieve a lot; we learned how to perform tasks: making mistakes but performing tasks confidently. I think that working systematically will help us achieve results, even if only at a satisfactory level.

Important information about the project

According to statistics from the Russian public prosecutor’s office, approximately 40% of those who leave orphanages end up with a criminal record. Our Distance Learning programme is trying to correct these sad statistics as far as possible, providing children from institutions with the knowledge and skills necessary to live independently.

In three years of our Distance Learning programme, fourteen students from Belogornoye went to college and two went to the Saratov State Vavilov Agrarian University. Four graduates come to the orphanage on weekends and holidays.

This year, more than seventy students from ten institutions in the Moscow, Tula, Saratov, Nizhny Novgorod, Tambov and Astrakhan regions take part in the Distance Learning programme. In just five years, 233 students have taken part in the project.