Literature and Cinema Club from 27th February: a photo report 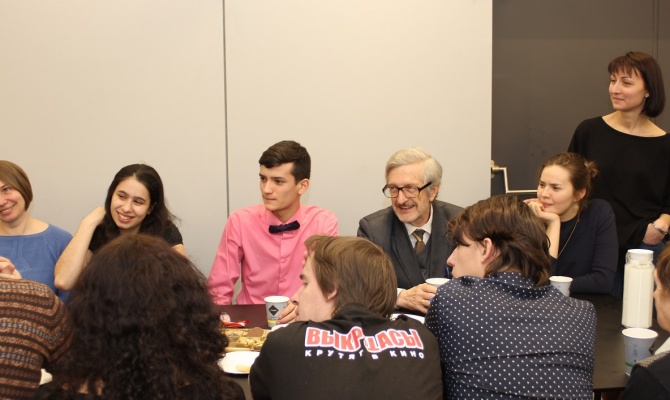 On 27th February we had a day of clubs – it was our first time holding such an event and in just one day, our guests and regular participants had the chance to take part in both Cinema Club and Literature Club.

The Cinema Club is a project that we have been working on for over two years. It is held twice a month on Saturdays and allows participants to acquaint themselves with the best works of world cinema.

This day in particular was dedicated to a film which premiered at the EcoCup Film Festival (25th-29th February 2016, Moscow). It tells the story of an ordinary music teacher who managed to change the lives of children living in great squalor in South America. Thank you to Anastasia Masturova and Sergei Reshetin for telling us about the festival and suggesting the film, but most importantly for giving us the opportunity to see how powerful a caring person can be if they have good intentions, and how much they can change others’ lives without even realising.

All participants showed so much enthusiasm and later, they came to Literature Club which was devoted to Hans Christian Andersen’s The Ugly Duckling. Since the club is a long-time ‘companion’ of our Centre, we couldn’t forget the anniversary of our favourite presenter. We celebrated Mikhail Igorevich’s anniversary and discussed the fairy tale over tea and cake. The discussion was surprising and everyone listened to our students intently – they spoke with such seriousness and accuracy. One of them said: “this tale is my biography” and was right – the tale is indeed biographical and multifaceted. Thank you to Hyundai Motorstudio for such a warm welcome and a lovely atmosphere!

Thank you also to Avet Gennadevich for the photos!

Come along to our clubs next time, they are always so interesting!