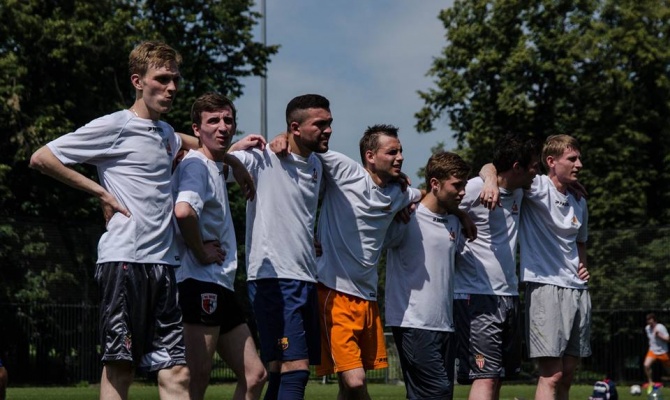 For the first time in history, the Step Up Centre’s football team took part in the first draw of the Blitzliga tournament’s Summer Cup.

All of our students played three matches at first, starting with the quarter-final stage where our rivals were the savage British team, Cref. We had an unsuccessful start to this match, with the score at 1-2 but we overcame this, showing our class and character to win the match 6-3!

The team would have to face the British team again a week later but for then, we played in the semi-final against Coalition whose leader, William Bland, set up the league. Both teams had victory on their minds and the match ended with a 2-2 draw. This meant a penalty shoot-out – and we were victorious! (By the way – before this, we had never scored from the 11-metre point… our curse has been lifted!)

Straight afterwards we played the final against Great Warriors, very strong opponents who surprisingly couldn’t beat the “brothers”. It was an easy victory for the Step Up Centre, with no threat from our opponents and the final score at 4-0.

Victory is ours, friends! And so is the cup!
#StepUppusheson!